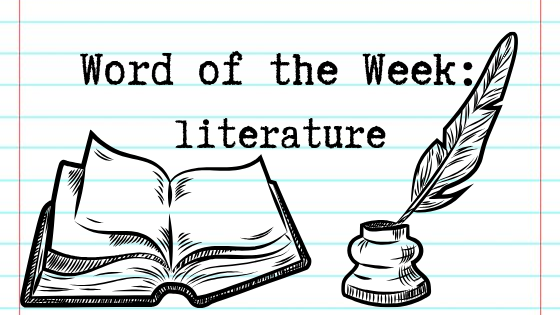 According to Merriam-Webster Dictionary, literature means a variety of things such as “writings in prose or verse” ,”the body of writings on a particular subject“, “the body of written works produced in a particular language, country, or age“, and/or “the production of literary work especially as an occupation“.

The origins of literature stem from the Latin word “litera” which means letter of the alphabet. The word later became “litteratura” which means body of words or use of letters.

An interesting fact about the word “literature” is that it can be counted or uncounted, meaning it can be singular or plural!

A similar word to literature is the word “literary“. Literary does NOT mean the same as literature; literary means “of, relating to, or having the characteristics of humane learning or literature” (Merriam-Webster).

Basically, literature is the collective letters, words, sentences, paragraphs, and/or pages that make up a story towards the human experience (or in this case, human learning), that is also produced in a particular way (language, country, era, etc.)

What’s your favorite genre of literature?